Back in February 2008 when I was much younger and faster, I was racing half-marathons on a race team and consistently placing in the top three in my age group. There was this one half-marathon race that had a course of rolling hills, and because I had started out too fast I was dying by mile eight. As the negative self-talk started to play in my head, an older gentleman runner came up beside me and started to talk to me. At the time I was not in the mood to talk, however I found what he had to say interesting and held on to his pace. He said, “You can do this! In fact, women were made for this and they should be faster than men! Their bodies can better endure the feeling of pain and push through because they have babies. Come on and let’s get you to the finish!” Thank goodness for this guy, as he not only got me to the finish, but I ended up placing in the top three.
Years later in 2012 as I was on an early morning run with my running group training for my first marathon, I hear a group of other runners coming up quick to our pack. As these runners came closer, I overhear a runner describing how he had helped this gal who was dying at mile eight of a familiar race, and how he had motivated her by telling her that women were made for running and could endure more pain. As I listened, I turned around and shouted, “Hey! That was me!”. Sure enough, it was the gentleman that had brought me to the finish and helped me place in my age group just four years prior. I found out that his name was Jerry.
Fast forward to February 2018, married and two kids later I registered to run a full marathon race. The weeks leading up to this marathon I questioned whether or not I should participate. I had glute issues, back pain, and due to a sleepless teething baby, I was functioning very little sleep. Plus, my last long run was painful and not so great. By my husband’s advice, I still went to go pick up my packet just in case I wanted to run come race morning. Since this marathon course was close to my home, I figured if anything I could always have someone pick me up and just cut out early.
Race morning came, and I decided to go for it! I decided that I was just going to finish…even if I had to walk. My in-laws drove over three-hundred miles from out of town just to support me and I knew that they along with my husband and kids would be there waiting at the finish. I didn’t even care what time I got, I just wanted to cross the finish line. My race plan was slow and steady for 26.2 miles.
Everything was great and went according to plan until the last five miles…. ugh! It was terrible! My back hurt, my knees hurt, and I was exhausted. I was done! I decided to walk and kept telling myself, just get to the finish line. As I continued running, I realized that I was a part of the last of participating runners, as there were not many other runners left on the course. I started to get down and of course that negative voice from 2008 started. Just as I was about to throw in the towel I saw in the distance a gentleman who I recognized. It was Jerry….and he was walking.
As I caught up to Jerry to confirm it was him, I began to walk with him to find out why he was walking. Jerry being a seasoned runner, did not seem like the walking type. As we began to talk he said, “I’m exhausted! I just returned from a trip last night and I just need to finish this race.”. He said that this was his fifty-ninth marathon and that he was scheduled to run the Boston Marathon in a few months and he wanted that one to be his sixtieth marathon, so he had to finish the current one. As I listened to him a great desire to help him fueled me and all of a sudden I had a burst of energy! I told him, “Jerry, you brought me in ten years ago when I was dying, now I’m going to return the favor!” Ironically all my pain disappeared, and I was motivated and excited to keep going running with Jerry to the finish of this race.
It’s amazing what an individual can do when the focus is not on themselves and instead on helping another. This race was so symbolic and a great lesson on how we can apply it in everyday life. In the end kindness and selflessness is success in life. When we lift others, we rise ourselves. 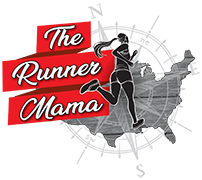